Around 1968 issued solid-state stereo amplifier for European markets made by M.B.L.E. company in Antwerp Belgium.
MBLE means in French: "Manufacture Belge de Lampes Electriques".
This BBO 859 is the successor of the mono BBO 848 that was issued a year earlier and was quite similar to the BBO 859,
this BBO 859 amp has a few improvements and a few more modern transistors: the first silicon transistors and STEREO.

Some history of the Belgian manufacturer MBLE:

The production of fluorescent tubes began in 1947 and in 1949 electronic components were manufactured
and also engaged in telecommunications and nuclear physics. The number of highly academically trained technicians
and specialists thus rose to more than 160 in 1955. Modern factories were also built in Brussels on the Twee-stationsstraat,
in Evere on the Cicerolaan and in Anderlecht on the Gespstraat and the Maurice Herbettelaan.
The workforce tripled between 1948 and 1955. At the end of the 60s of the 20th century,
a factory was built in Grâce-Hollogne near Liège. In 1961 a factory for capacitors in Roeselare was completed.
This factory moved to Beveren in 1965. At that time, 5500 people were working at MBLE.
Semiconductors were also manufactured from around 1960.
There were big plans for the future, but the tide on electronic markets turned.
Also MBLE started to develop marketing problems: The competitors on the electronics & audio markets were getting stronger.
And the Japanese started invading the European markets too. Also MBLE had no strong marketing department, as in the 1950's
selling their products was easy, but from the 1960's companies like Philips were growing stronger & faster
and had stronger marketing philosophy. Philips was buying and starting all over Belgium all kinds of factories and later
even the famous CD-player factories in Hasselt etc.
MBLE was not able to establish a strong audio brandname in the 1960's, the same way as ie. Braun in Germany,
although their products had it all in it: high-grade designed electronics, nice modern appearance, good performance, etc.
MBLE was also unable to sell many products in other parts of Europe and the world.
As Germany and France had also strong electronic industries, so these markets were more and more accessable
through Philips only, as Philips bought all kinds of factories all over Europe and managed so to compete with other companies.

From 1957 the integration with Philips became closer. In 1958 MBLE participated in the Expo 58 with its own pavilion,
in the form of an electron tube. In 1967, Philips sound recording equipment was sold in Belgium by MBLE.

In 1981 MBLE was fully integrated within Philips and the name MBLE disappeared.
The Beveren location has been further reduced.
At the beginning of the 21st century Philips-Beveren was taken over by the American producer of film capacitors Vishay BC Components.
Vishay decided in 2008 to close down the already heavily reduced company, with a further 70 redundancies. 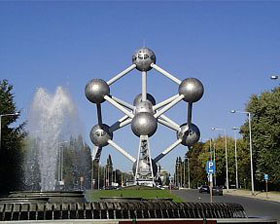 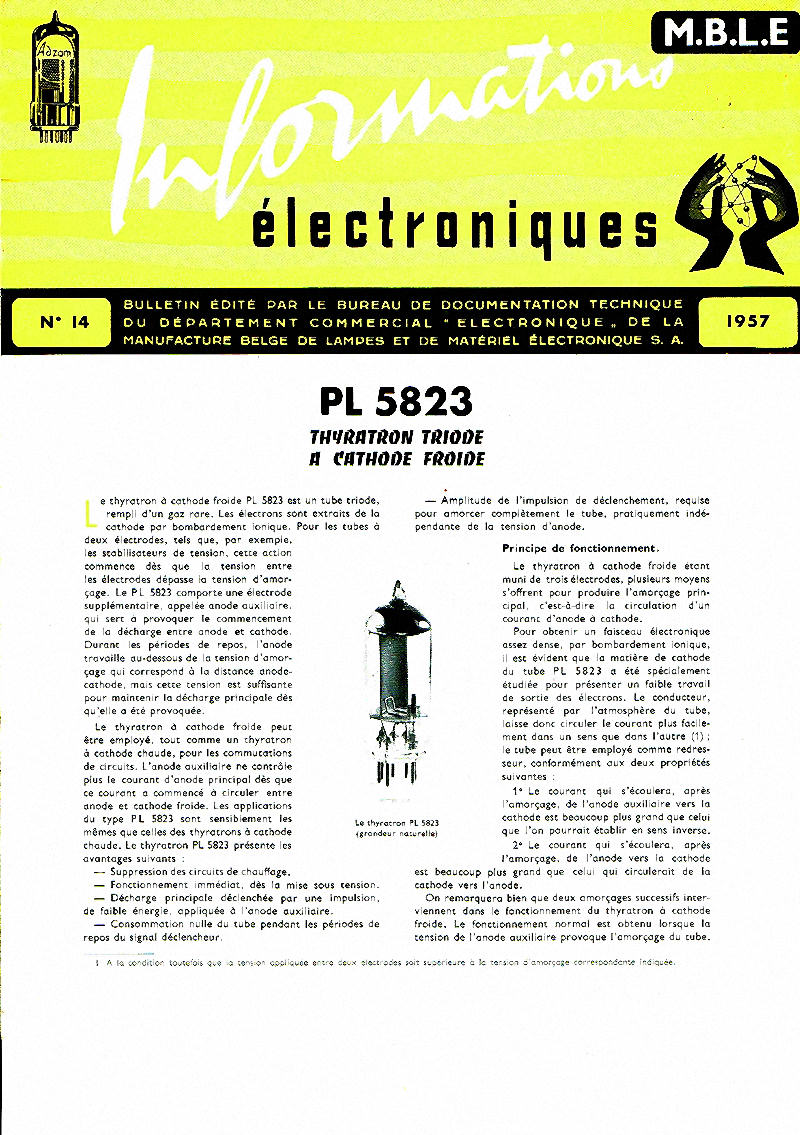 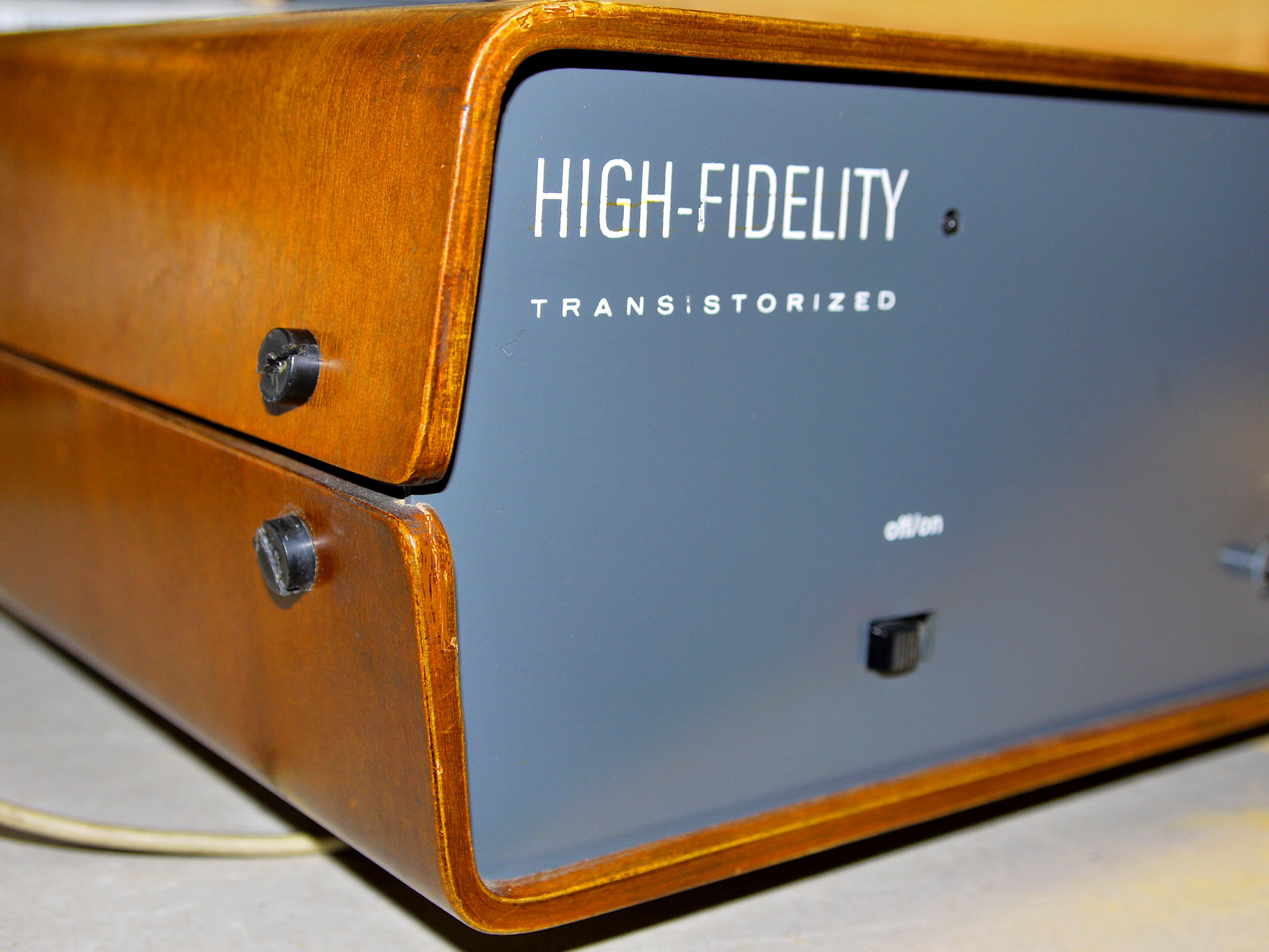 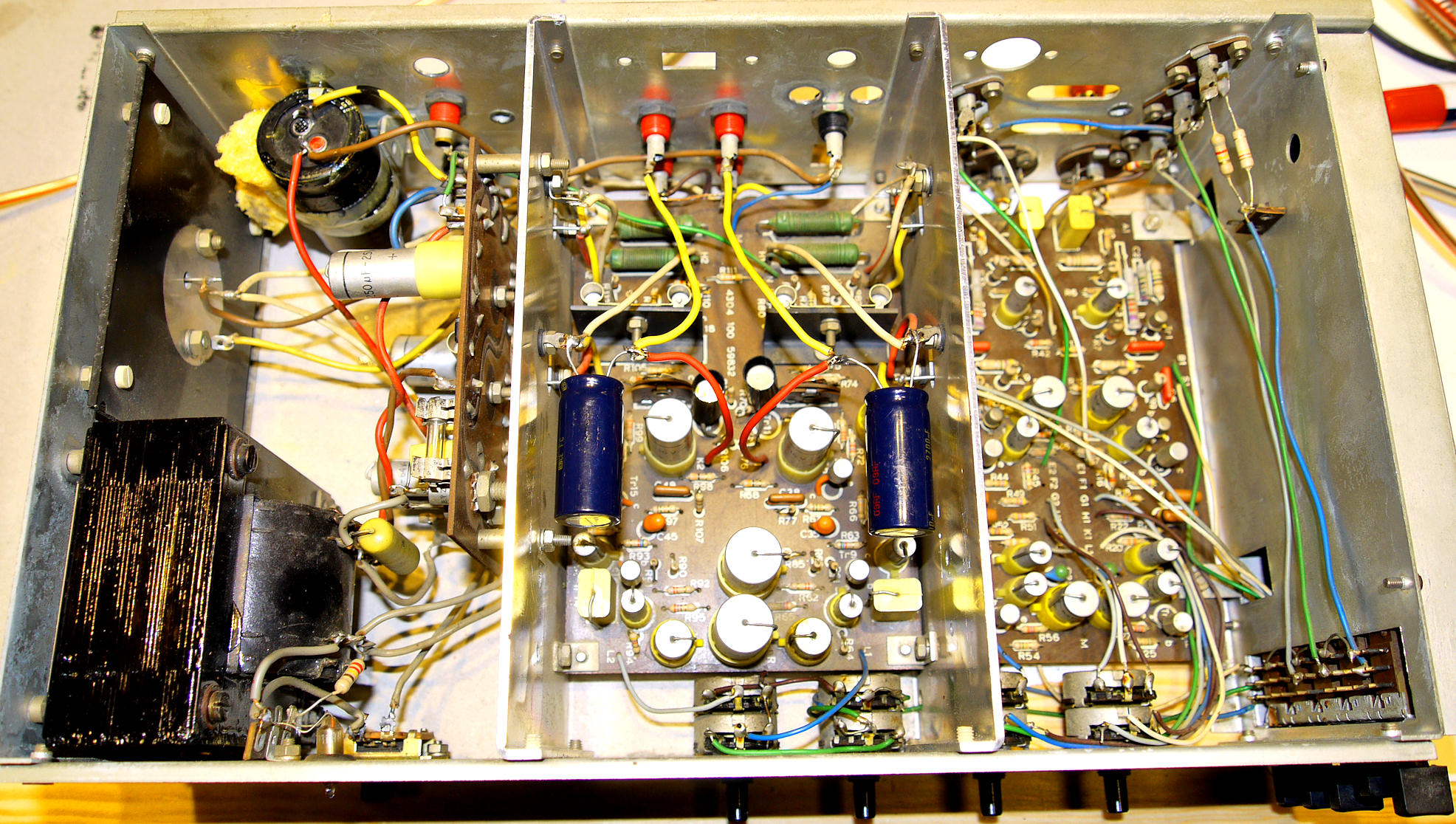 This amplifier comes with cinch input sockets.
Light and medium footprint amp. Metal & Wood case.
This amp has a stabilized power supply.
Well build and good parts used.
This amp employs germanium and first generation silicon transistors.
The pcb's of the amp are sitting vertically & horizontally in the amp.

This amp was also available as a kit. 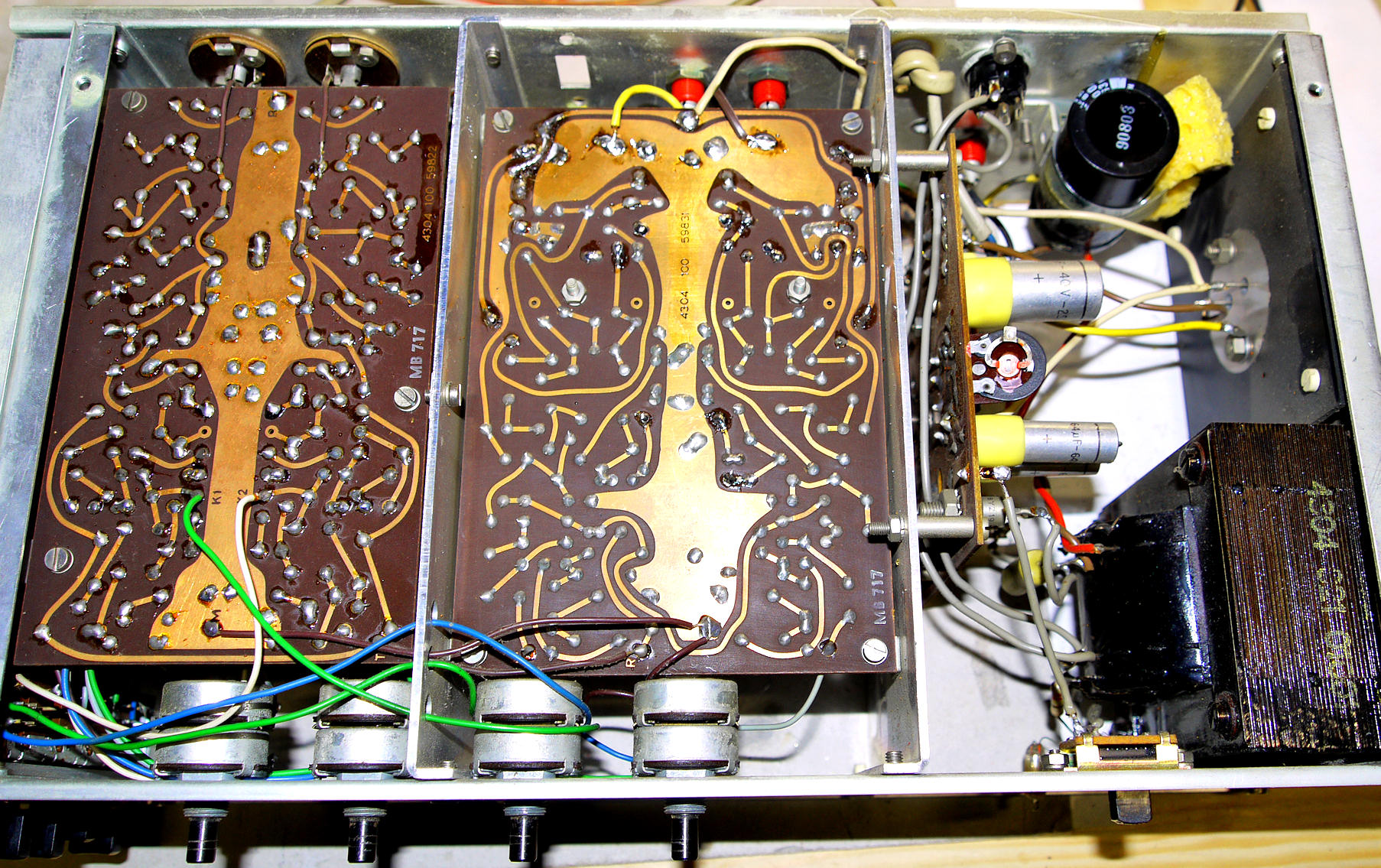 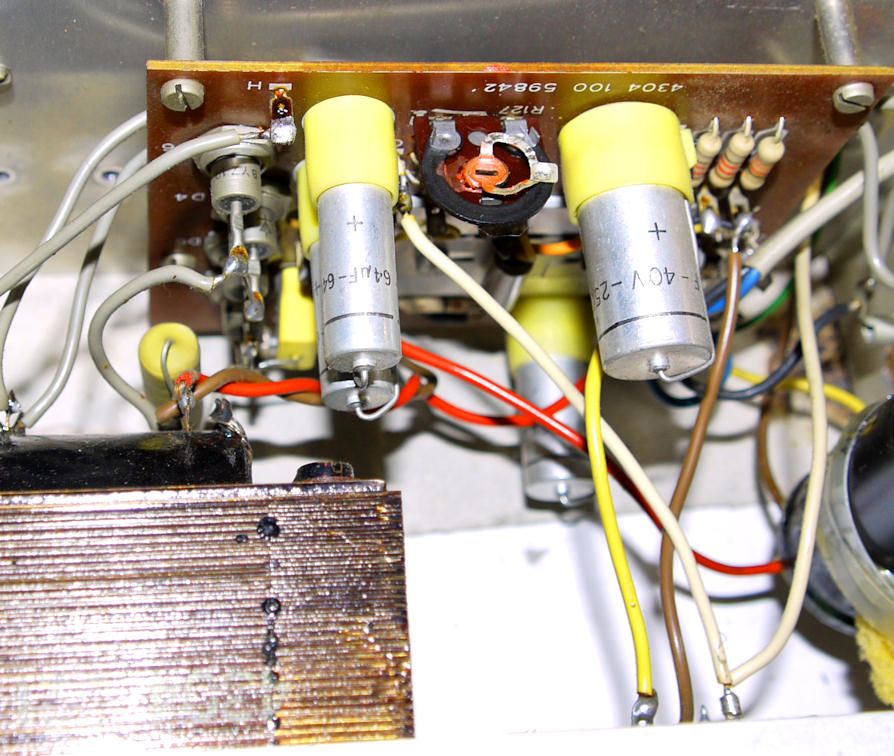 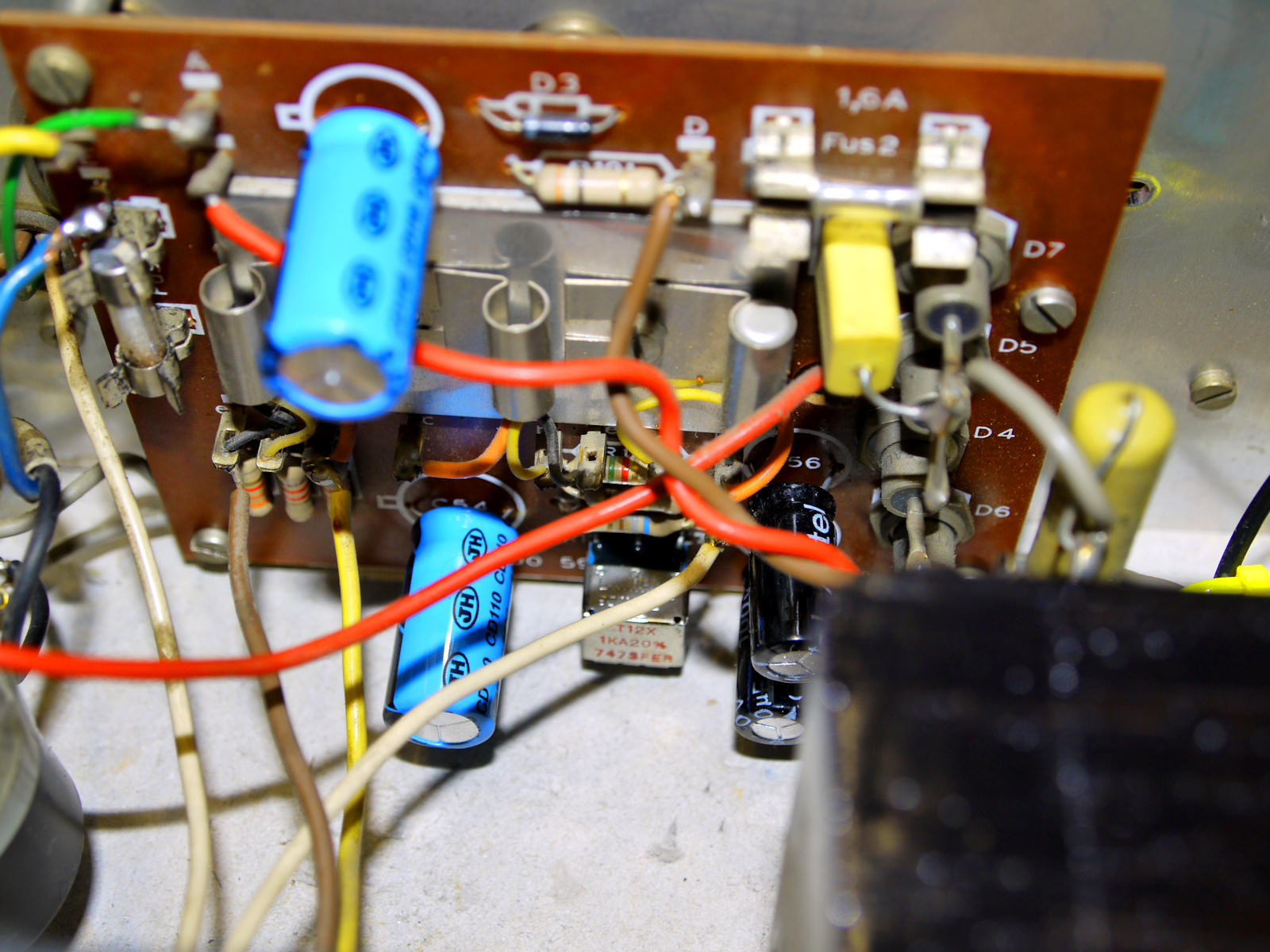 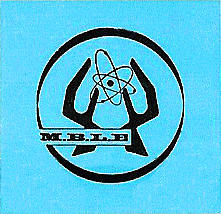 Click here to download the BBO 859 schematic (the BBO 848 mono version, that is very much the same in stereo) 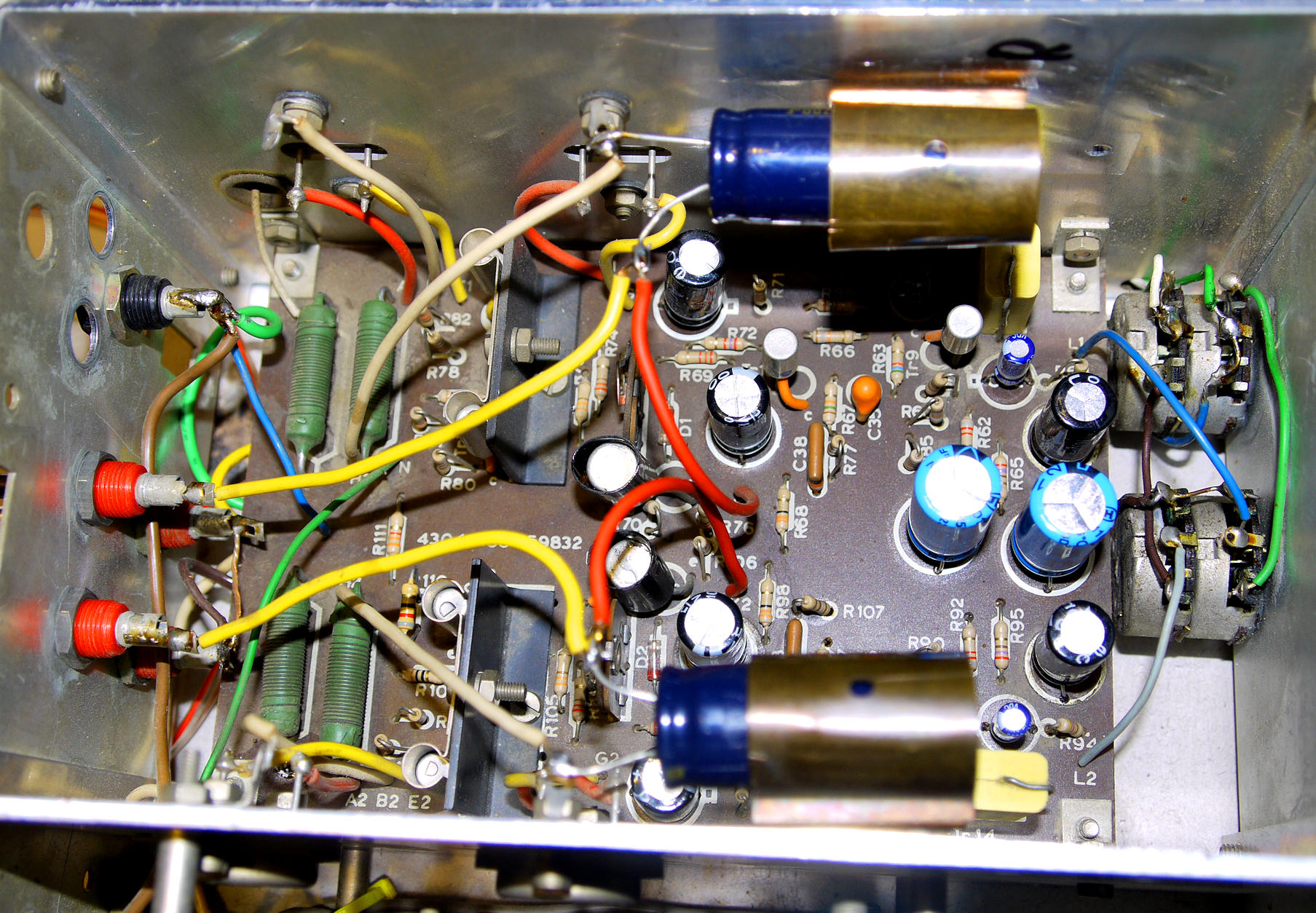 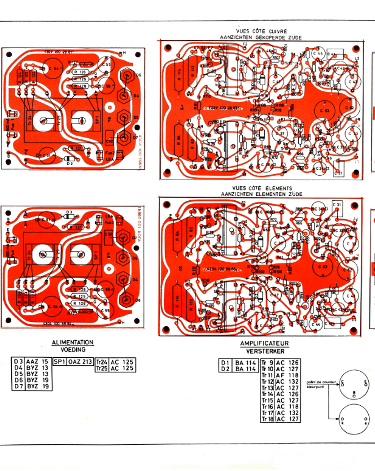 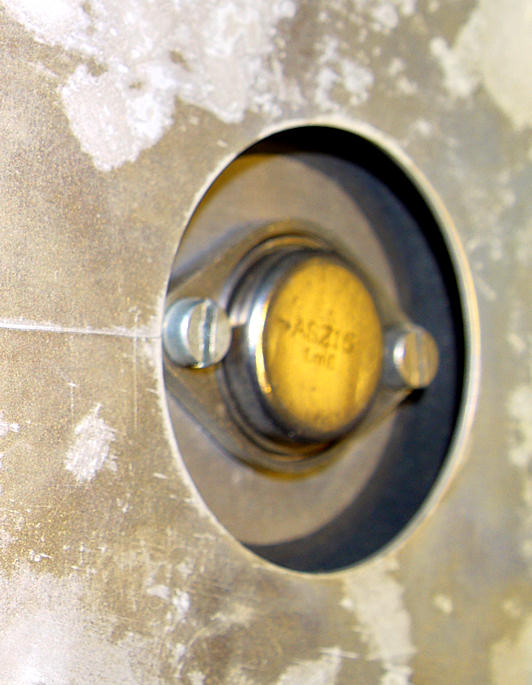 Power transistor ASZ16 of the stabilizer ^ 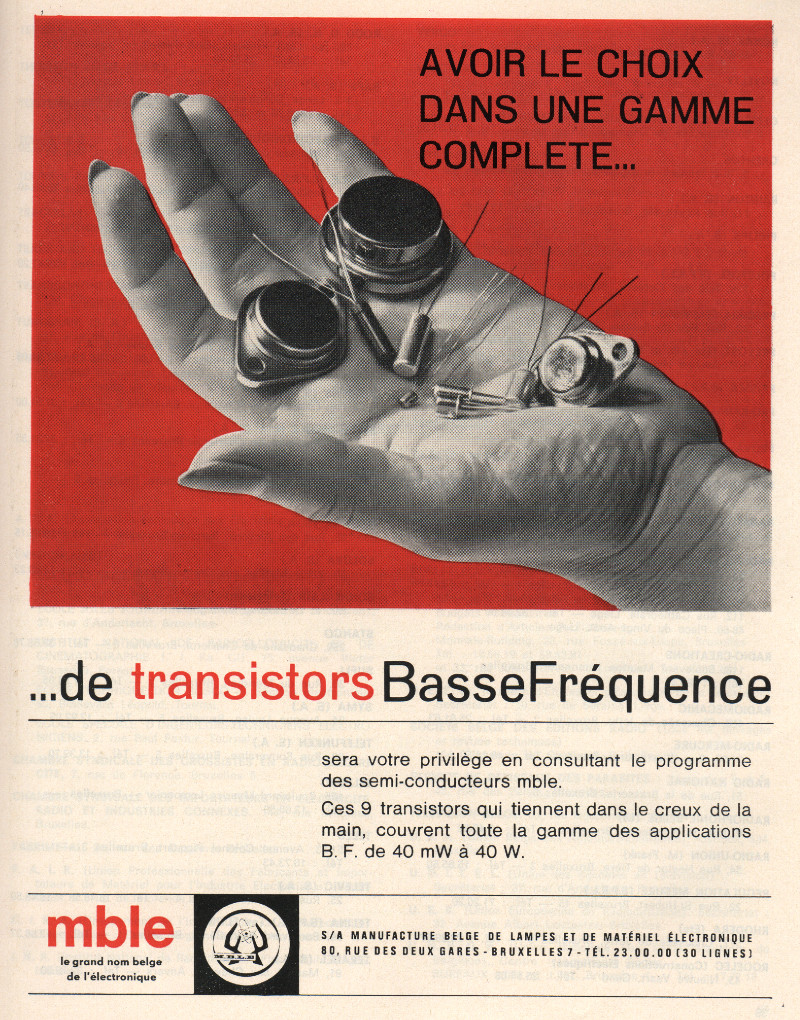 I replaced some capacitors in the power supply and power rail.
The amp has the drivers AC127-AC132.
The pre-amp sections have AC127, AC125 and BC108/9 transistors used.
Apply insulation tubes on the AF118 transistors as shown on the pictures.
This amp has + to ground. The power-supply diodes are very good 2A - 200V types by Philips.
The already "star" grounding topology should be extended by 1 wire (green) at least to complete the grounding as it should be.
Also the power line - leads (red) should be extended by 1 wire to get the power rail right.
There is no spark suppression cap on the mains switch, so you should add one.
The balance pot is not to modern standards and should be updated.
The pcb are very well designed, but the copper is weak, so be careful with overheating the copper tracks while soldering. 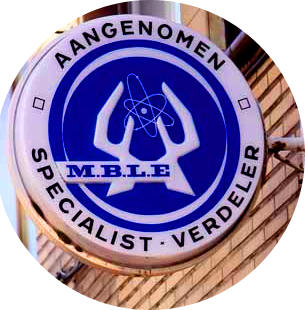 Back view, some versions have extra options that this version lacks ^ 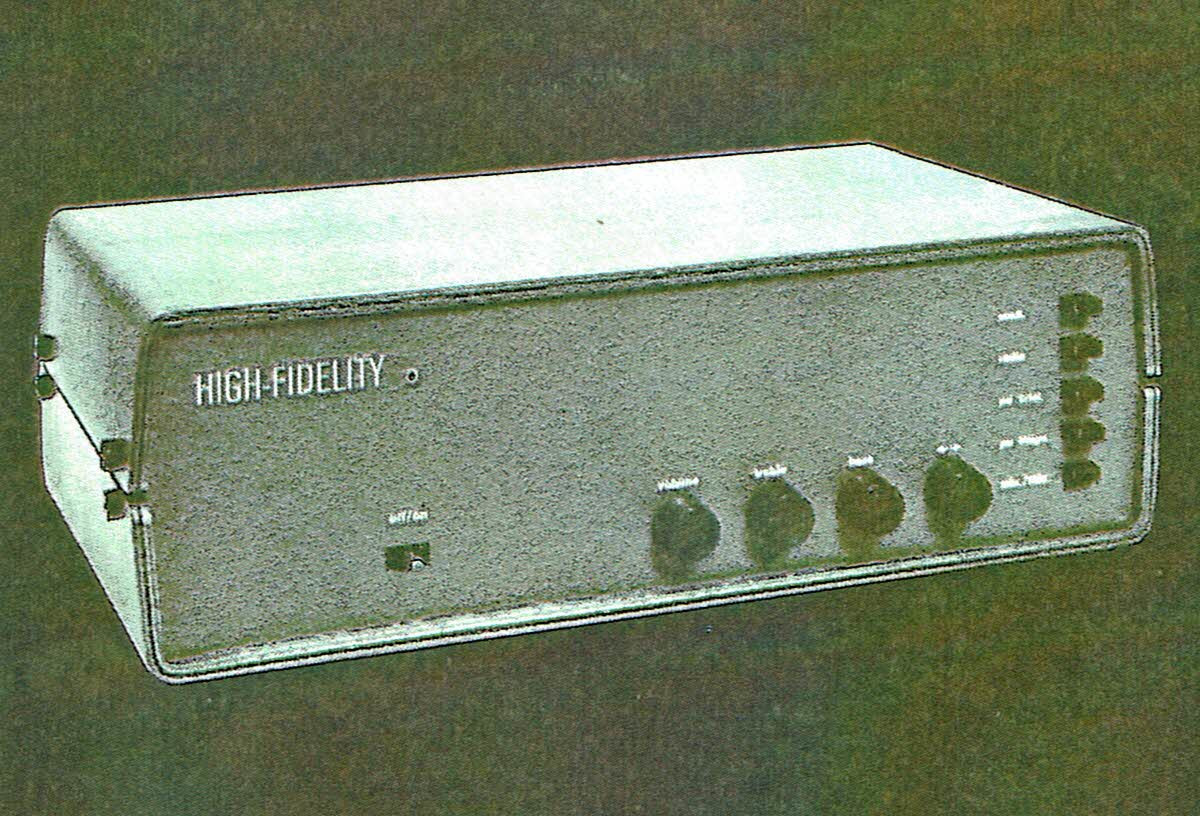 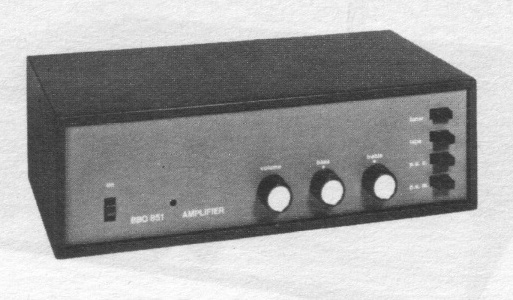 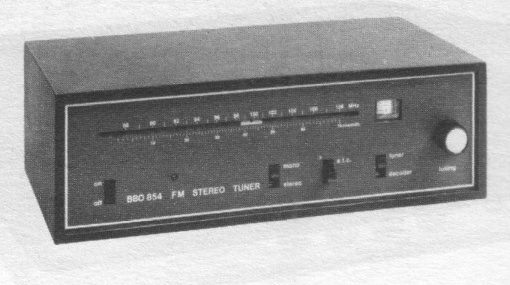 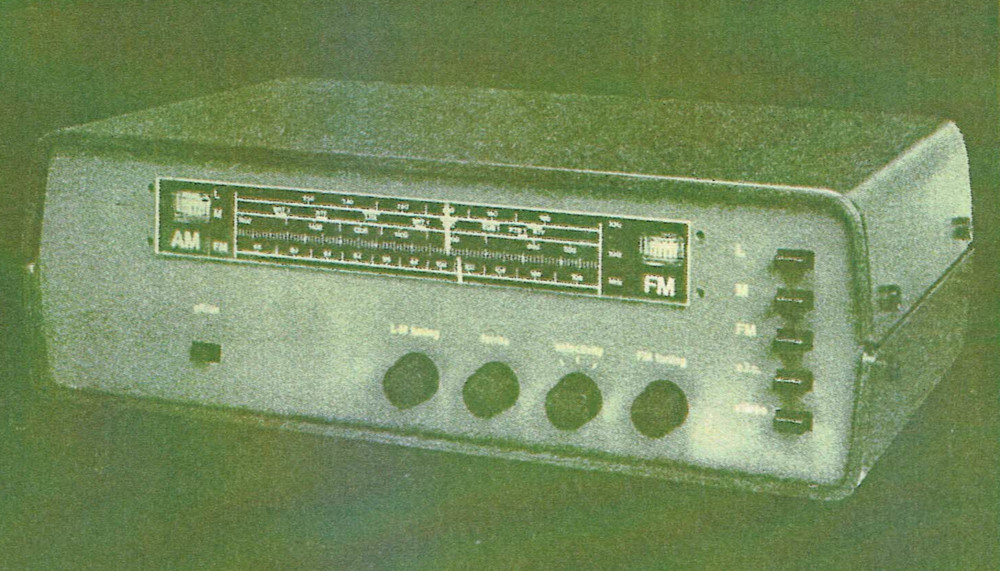 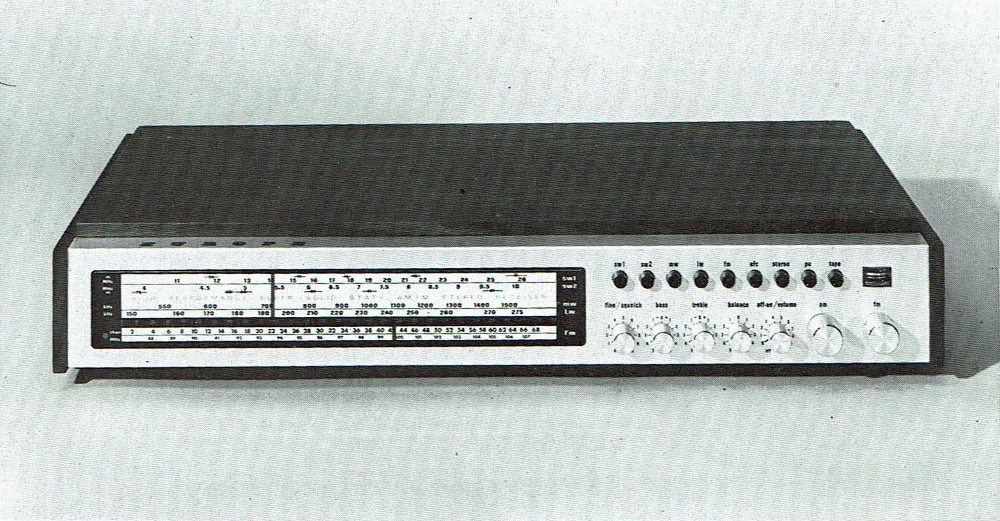 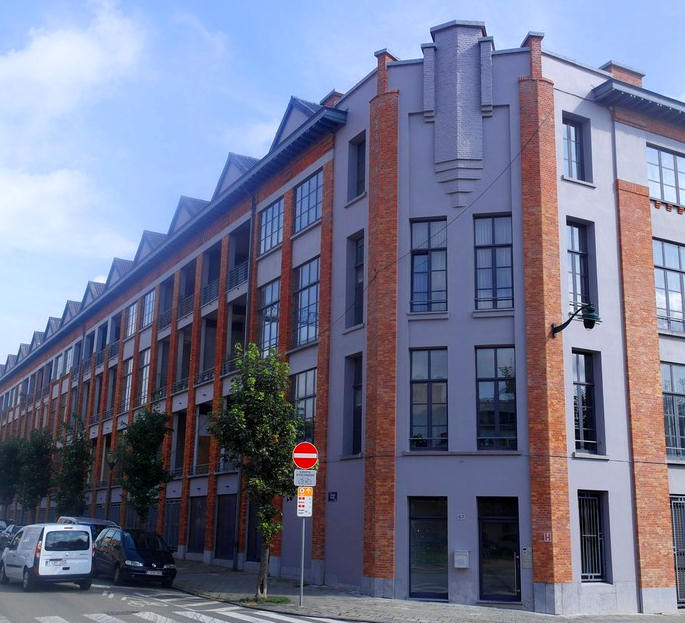 The sound is very good and powerful and distortionless for such a small and early amplifier. 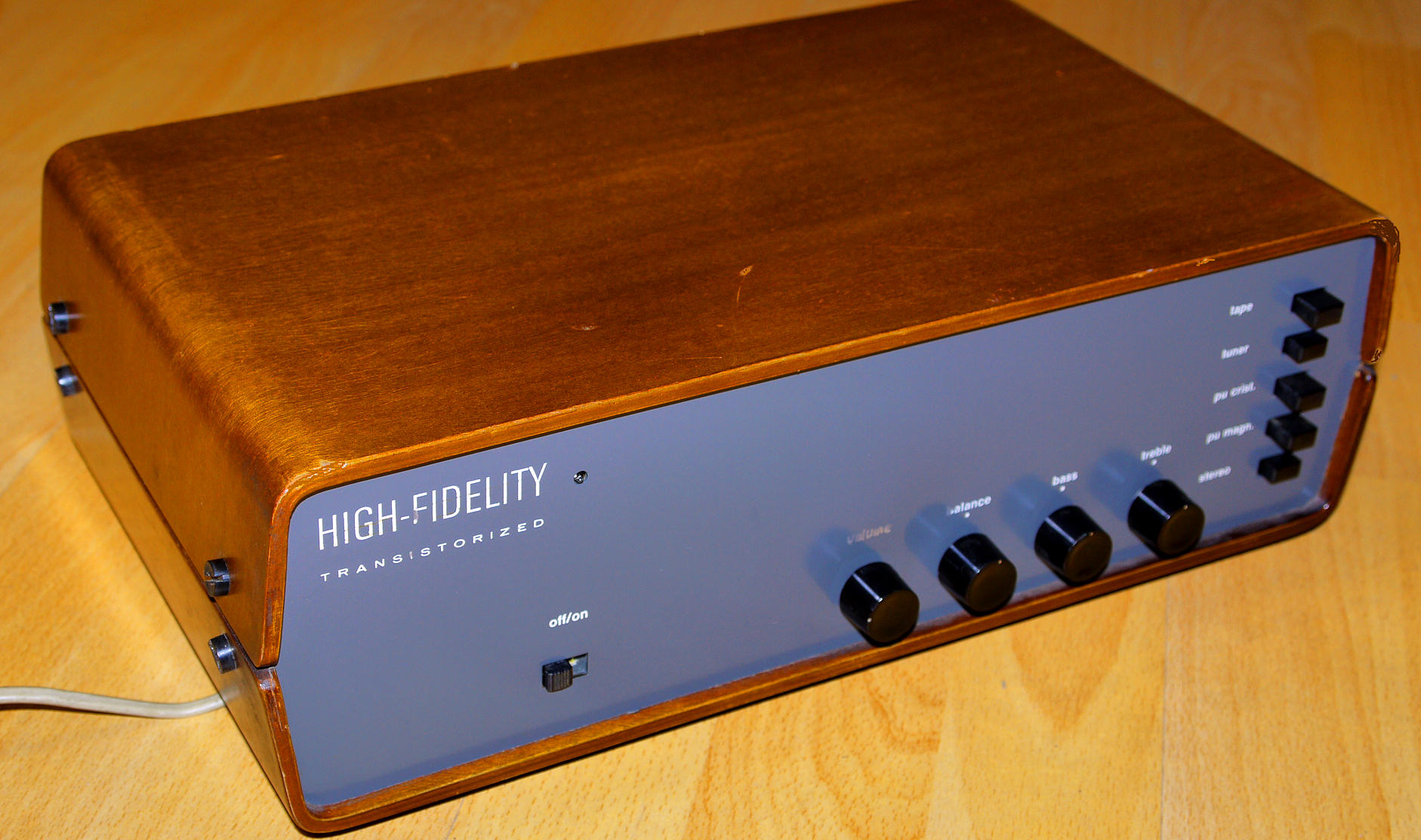 The restored amp looks good, now it needs some polishing for a nice shine ^.

More info about MBLE is to be found here, in French: https://www.radiocollection.be


Presented to you by ON9MMK on: