Around 1975 issued amplifier for the Germany & European markets made by 'Comet Electronics' company Japan.

The initial correct name should be in German language 'Schönklang' and should be as such on the front panel,
as the Japanese designers of Comet did not have the ö (umlaut) they used the plain o, making the name 'Schonklang'.
This name 'Schonklang' is no exception in audio land in those days:
in other languages names like 'Belson' (French) were used, all meaning the same: "nice sound".
Comet Electronics company Japan made many amplifier and tuner models for European and USA companies:
big and small electronics companies as Tandy, Dixons, Roelofs, Tempofoon, Canwell, Eagle, AudioSonic, etc. etc.
They also issued audio gear under their own names, like 'Comet', 'Camet', 'Cometro', etc.
The typical build of this amplifier is found in many models this Comet company designed,
if you find an amplifier with this kind of build you know for 90% sure that its a Comet design.

There are models of this kind amplifier with DIN input/output sockets.
Light and small footprint amp. Wood case. Good build and good parts used.
This amp employs all silicon transistors but still has a driver transformer in the power amp sections.

You may replace some capacitors and resistors in the power supply and power rail, replace the power diodes.
After modification this amp is capable of producing 2x 8 Watts RMS. 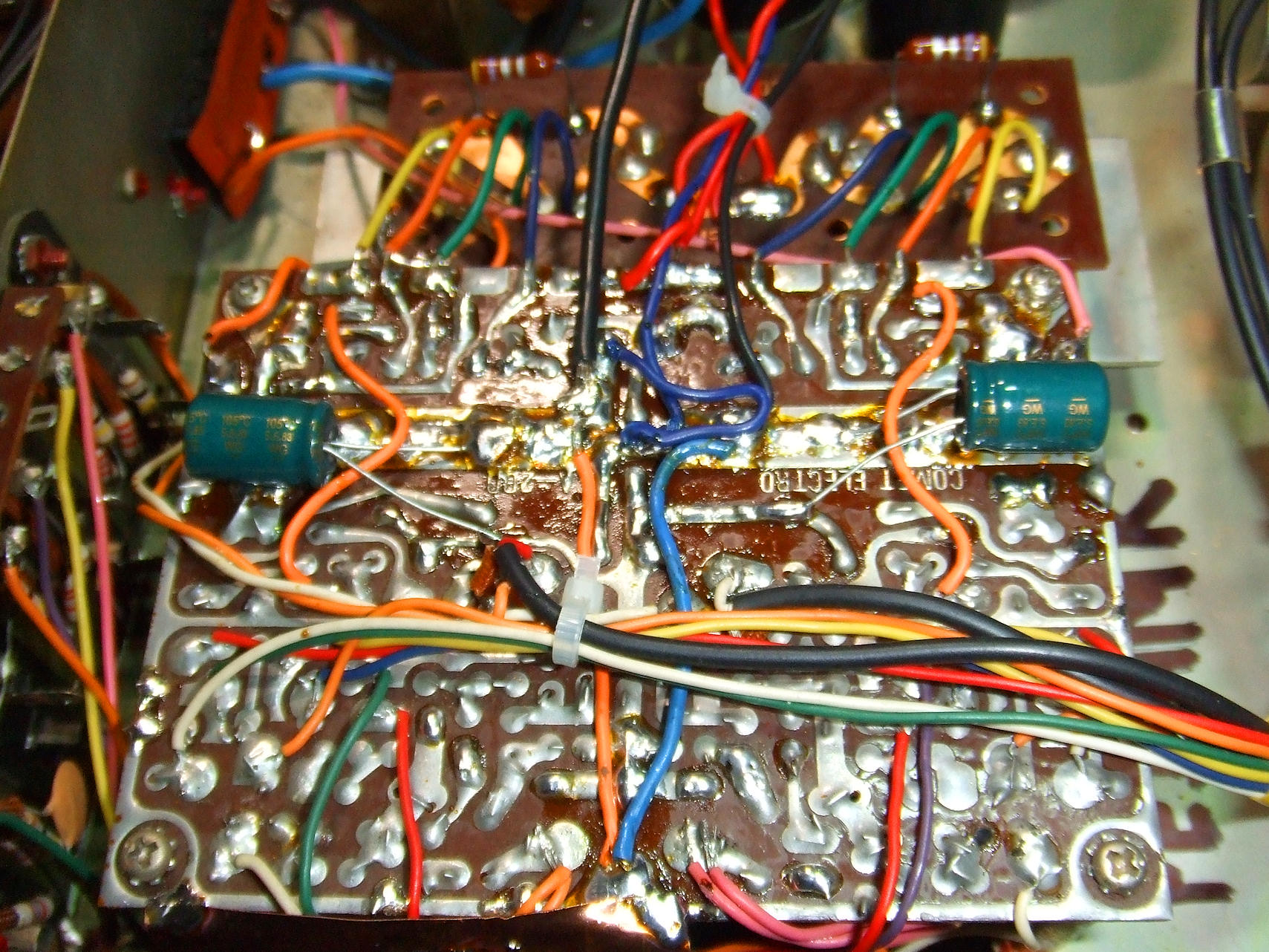 The sound is very good for such a small amplifier.