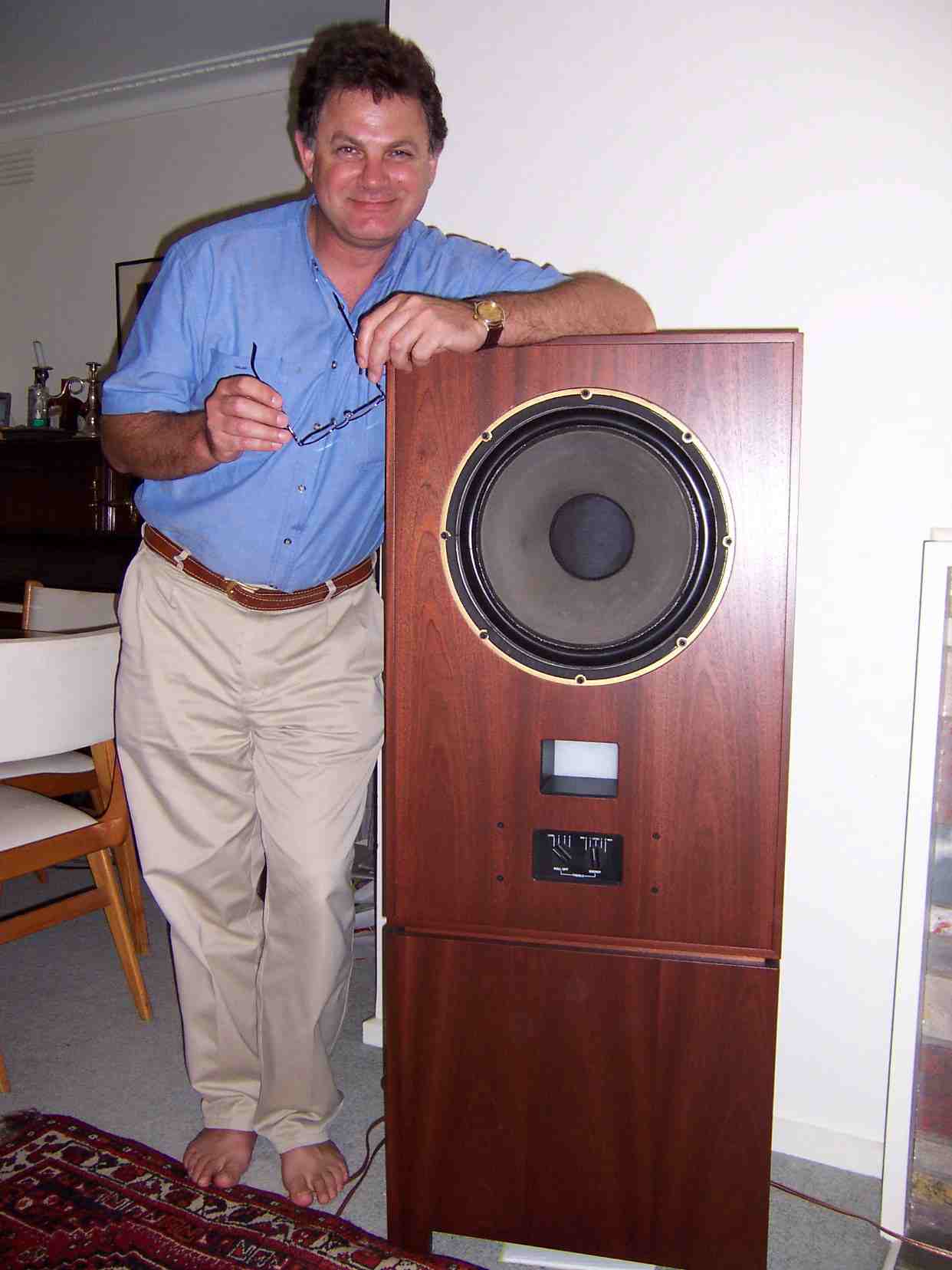 I've included some pics of my speakers and Luxman 308 amp, I hope that they
are of some interest.

The speakers are Tannoy 15" HPDs in custom-made Berkley cabinets that were
made for me by a cabinet maker here in Melbourne, Australia. They are
exactly as per the Berkley plans provided by Tannoy. The cross-overs are
unaltered.

The speakers themselves were in a very bad state when I got them with the
surrounds being damaged and a tweeter that was not working, they were
unusable. I took them to Speakerbits in Melbourne - handy having a world
authority in the same city as you at the far end of the civilized world. Tom
Manning, who owns Speakerbits, completely refurbished the speakers with
authentic Tannoy parts and did a magnificent job. He also put me on to VMB
Cabinets in Melbourne who have been making speaker cabinets for over twenty
years. The cabinets/drivers owe me AUS$1800.

The Luxman 308 I found at a second-hand store in the outer suburbs of
Melbourne and I paid AUS$160 for it, a Luxman 153 Solid State Multichannel
Divider which is a customizable crossover device along with a Tandberg TCD
300 cassette deck. 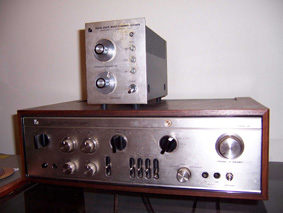 Both the speakers and the amp were made in or around 1974. They are
magnificent, the dynamic range is astounding, the bass physically moves your
internal organs, you can feel it. I like playing Jeff Beck on them as they
love it when high demands are put on them, especially his "You asked for it"
album. And yet classical music sounds sweet and true, with distinct
separation between the instruments. I've tried a few different amps with it,
both valve and solid state and I'm yet to better the Luxman 308, although
the 1964 Fisher X-100-A did sound nice.

For less than AUD$2000 I've got a system that would cost $20,000 to replace
with brand new components. I'll never sell the Tannoys and my ten year old
daughter, who also like Jeff beck and Joey Ramone's "Don't worry about me"
album, will inherit them from me I'm sure. We play Joey Ramone's "It's a
beautiful world" before bedtime.